LUKE SHAW will be awaiting a new £180,000-a-week Old Trafford contract until his new manager has cleared the deal.

Shaw, 26, has just one season left on his current deal and so far Manchester United bosses have been in no rush to offer an extension.

Instead, United insiders insist the club will trigger their 12-month option to keep the left until 2024.

And that will give ten Hag time to make an informed decision on whether the defender can be part of his longer-term plans.

Shaw has had a stop-start career at Old Trafford since signing for £32m from Southampton in 2014.

The sparkling spells were offset by serious injuries and a battle to win over former boss Jose Mourinho. 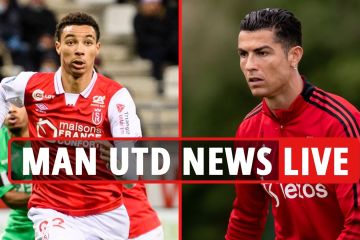 And although he was back to his best last season, Ten Hag is willing to assess him well before committing to a long-term decision.

United have a similar view of Brazilian midfielder Fred, 29, although they would be more willing to listen to offers this summer at the right price.

They met United director of football John Murtough in Amsterdam less than 24 hours after Ten Hag won the Dutch title with Ajax.

McClaren, 61, was Sir Alex Ferguson’s assistant from 1999 to 2001 before managing Middlesbrough.

His presence at such a meeting is the clearest indication yet that he is going to be involved in the club’s new management setup.

The group got together to identify the players they wanted to bring in this summer.