Who is the best in the world – Lionel Messi or Cristiano Ronaldo? Right now it’s neither as the superstars have been continuing to struggle ever since. their summer transfers.

Argentina’s Messi left Barcelona after an 18-year stint in the summer to join PSG on a free transfer while Ronaldo made a shock return to Manchester United, but neither move went to plan.

The dominance of the two stars, who have well and truly taken control of football over the past decade, may finally be coming to an end with goals and trophies drying up for the duo.

The mantle of the greatest player may have to be ignored, with the likes of Kylian Mbappe, Erling Haaland, Robert Lewandowski and Mohamed Salah now among the topics.

But how did it get to this point? Last season was Messi’s battle against Ronaldo again with those other big stars in the shadows.

Both stars now look frustrated and the question is, what’s next? With Ronaldo looking increasingly unhappy and Messi looking lost in France.

The season so far

Messi has gone through a tough time adjusting to life in France since leaving Barca on a free transfer this summer.

He has scored just twice in the league this season and has managed just seven goals in total, including five in the Champions League.

The 34-year-old also recently equaled an unwanted record by failing to register a single shot on target for the capital side in their recent Ligue 1 clash with Nice. 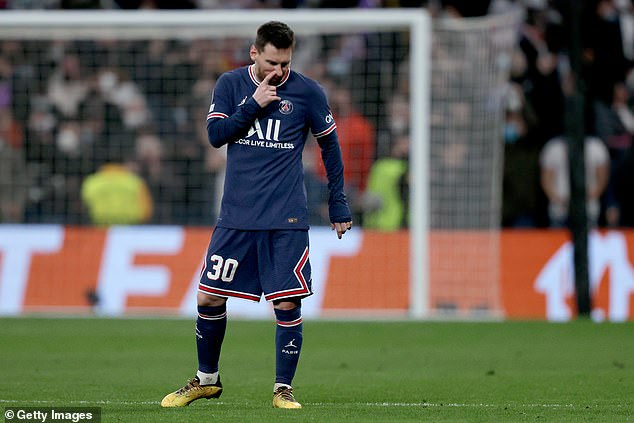 The last time the striker failed to register a shot in a league game was in the 2009/10 season.

Compare that to his final season with the Catalan giants, scoring 38 goals in 37 appearances.

What has gone wrong since moving and why does he look so lost in the French capital – that’s the million dollar question that no one has the answer to.

Statistically, Portuguese striker Ronaldo is having a much better season, until late of course, as he has struggled in recent weeks and is now nursing an injury. 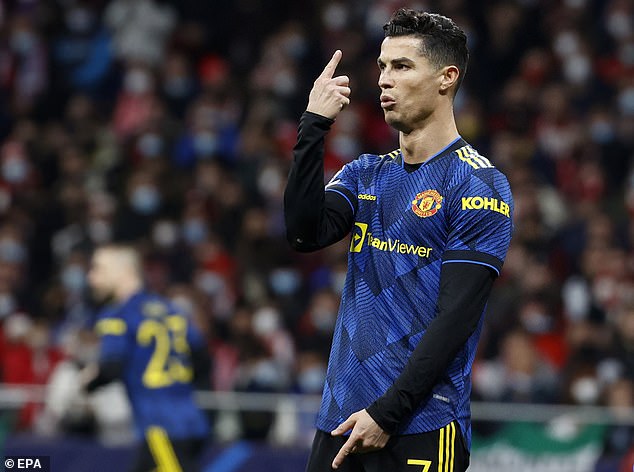 Statistically, Ronaldo is having a much better season, but not by his standards as he has also struggled since returning to Manchester United.

The 37-year-old is United’s top scorer this season with 15 goals in 30 appearances in all competitions, including six in the Champions League.

However, only one of those goals has come in 2022. In his last 10 appearances, Ronaldo has scored just once – a well-taken effort from distance in the 2-0 home win over Brighton & Hove Albion February 15.

Similar to Messi, people will wonder what went wrong as the deals of Ronaldo, Raphael Varane and Jadon Sancho were set to put United back among Premier League contenders.

In fact, they seem further apart than ever.

Messi remains a frustrated figure as he received just three out of 10 from L’Equipe for his ‘worrying’ limp performance in their 1-0 Champions League win over Real Madrid in the first leg.

He redeemed himself somewhat in the second leg, despite a 3-1 defeat, which saw the French giants drop out of Europe’s elite competition.

The striker was one of PSG’s highest-rated players with a 6/10 and received a positive review, being described as “very mobile and offering attacking options while showing his vast knowledge of the game”. 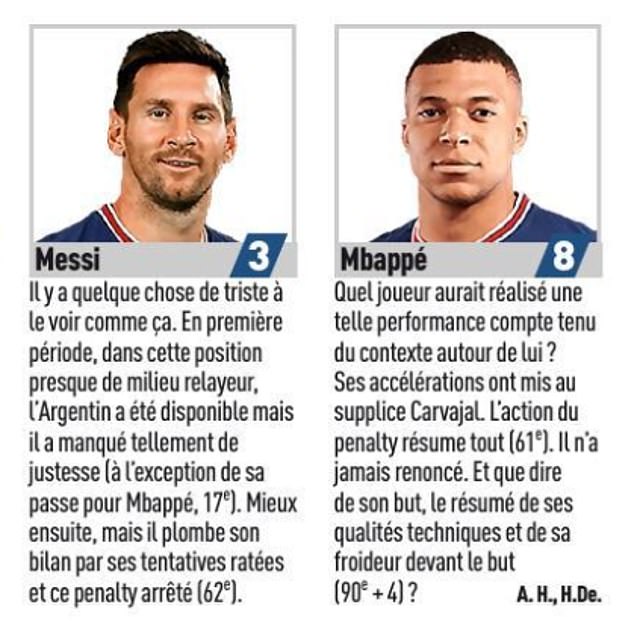 Nonetheless, once upon a time Messi would have taken this game by the scruff of his neck to ensure his side’s progress, as he is now ruled out of the Champions League in the Round of 16.

It looks like he still hasn’t settled in and failed to create the dream chemistry expected from a top three comprising Messi, Neymar and Mbappe.

Ronaldo, however, had an electric start to life at Old Trafford scoring four goals in his first three games.

He’s since crumbled with rumors now suggesting he wants to leave the Red Devils for a new challenge. 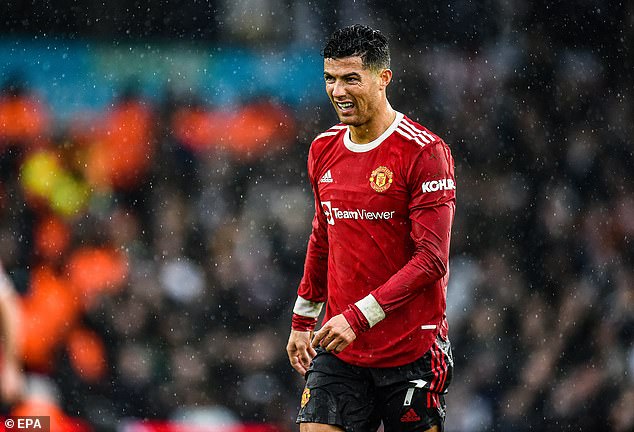 Ronaldo missed United’s heavy 4-1 loss to rivals Manchester City on Sunday and has failed to train with the first team since.

The former Real Madrid striker missed training for the first time on Friday after reporting the aforementioned hip flexor problem to the staff.

He then returned to Portugal and was not at the Etihad Stadium on Sunday to watch his teammates.

Ronaldo’s future at the club has been thrown into question following the uncertainty surrounding his absence from Sunday’s game.

Ronaldo’s sister Katia Aveiro added fuel to the fire when she liked a photo on social media suggesting that the striker was in fact uninjured.

The striker has since returned to Carrington but remains sidelined with doubts about his appearance against Tottenham Hotspur on Saturday.

Messi signed a two-year deal when he joined PSG, so he only has one year left after the current campaign, and it seems likely he won’t choose to extend his contract with an optional third year. .

You expect Messi to stay, but he needs to step up if PSG are to finally win the Champions League, especially with Mbappe leaving for La Liga giants Real Madrid this summer.

Boss Mauricio Pochettino is set to be sacked after his Champions League and has also been linked with the Manchester United job, so what lies ahead is very uncertain for Messi. 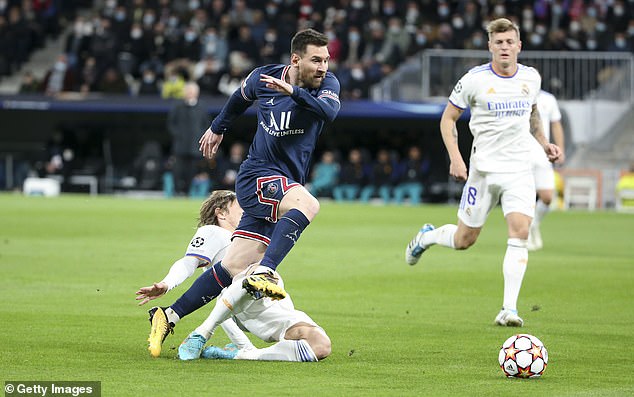 He has been linked with a bid to force a move to Barcelona, ​​but his former club have already started a rebuild and now appear to be off the table.

Ronaldo looks set to try and force a move away, with his agent Jorge Mendes scouting for a new club, as he’s embroiled in off-pitch leaks to dressing room cliques.

There is so much uncertainty surrounding United with caretaker boss Ralf Rangnick set to leave this summer with PSG boss Pochettino and Ajax’s Erik ten Hag as the club’s main targets. 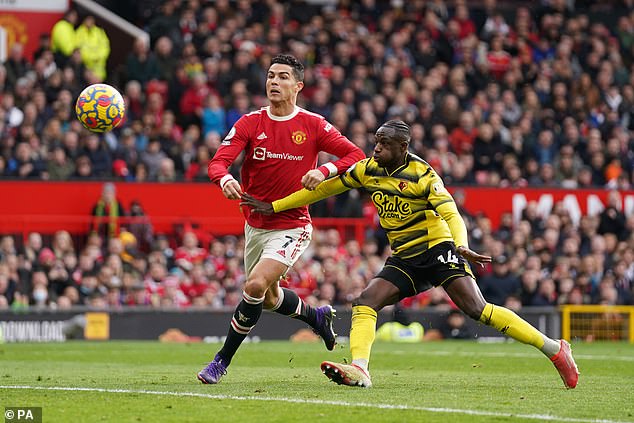 That doesn’t seem to play any part in Ronaldo’s decision as he seems unhappy not to be competing for trophies and scoring freely as the Red Devils expect a player exodus this summer.

Although just like Messi, Ronaldo agreed a two-year deal in the summer so it could prove difficult for him to leave United.

Would the big moves for the two stars be another setback? Should they stay put or consider stepping back to help them succeed.

One thing is certain, Messi and Ronaldo are used to winning trophies and scoring freely. It’s unusual to see anything different and the two seem to struggle to have that kind of success.